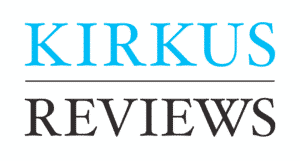 “… a masterfully meticulous treatment of the relevant law and literature, the factual context, and a concluding legal analysis.”

Walker’s “command of the germane material—legal, historical, and even philosophical—is simply extraordinary.”

“More than a legal argument, the book is a sweeping account of the nature of public education within a liberal democracy—its proper purposes and limitations…”

Walker’s “argument is a complex one, but written in the kind of accessible, jargon-free prose that should be digestible for even the layperson.”

While serving as a research fellow at Harvard Divinity School, Nathan C. Walker studied legal restrictions on religious expression. He applied this research in his doctoral program at Columbia University, where he received an interdisciplinary doctorate in law, education, and religion. His dissertation became the basis for the book, The First Amendment and State Bans on Teachers’ Religious Garb, published by Routledge in 2019.

Press Summary for Reviewers and Journalists

What exactly are anti-religious garb laws and why have public schools been the primary locus for these regulations? One state helps answer this question: This book provides a legal examination of the current statutory ban on public schoolteachers’ religious garb in Pennsylvania.

Pennsylvania’s current anti-religious-garb statute was the first of its kind in the United States. It was enacted in response to the 1894 Pennsylvania Supreme Court decision, which permitted Catholic nuns to wear religious garb (habits of the Sisters of St. Joseph) while teaching in public schools.

By the end of World War II, twenty-two states had imposed similar restrictions either through statutes, a public ballot initiative, or administrative regulations. All of these restrictions were removed by the turn of the millennium except three states: Oregon, Nebraska, and Pennsylvania.

Enacted in 1923 by leaders of the Klu Klux Klan, Oregon’s anti-religious-garb statute was repealed by the Oregon Legislative Assembly in 2010. One of the most prominent cases involving this law, resulted in the termination of Janet Cooper, a Sikh woman who had worn a white turban while teaching.

Nebraska’s anti-religious-garb law, a replica of Pennsylvania’s ban, was first enacted in 1919 and repealed on March 27, 2017. According to Attorney Darrel Huenergardt of Lincoln, Nebraska, there is no record of any prosecutions under Nebraska’s state’s statute; however, other data shows that public schoolteachers were wearing religious garb while teaching but the statute was not enforced.

The legal definition of this prohibited type of religious expression is based on Pennsylvania’s statute, which defines religious garb as “any dress, mark, emblem or insignia indicating the fact that such teacher is a member or adherent of any religious order, sect or denomination.” I examine how this definition intersects with other assumptions about the nature of private acts of religious expression done in public spaces, with special attention to the size, visibility, or frequency of wear.

Specifically, I ask, does Pennsylvania’s current ban on public schoolteachers’ religious garb violate the religion clauses of the First Amendment, as applied to the states via the Fourteenth Amendment to the United States Constitution?

See Table 0.3 in the full book for citations and analysis.

Routledge Research in Religion and Education

The Routledge Research in Religion and Education series aims at advancing public understanding and dialogue on issues at the intersections of religion and education. These issues emerge in various venues and proposals are invited from work in any such arena: public or private education at elementary, secondary, or higher education institutions; non-school or community organizations and settings; and formal or informal organizations or groups with religion or spirituality as an integral part of their work. Book proposals are invited from diverse methodological approaches and theoretical and ideological perspectives. This series does not address the work of formal religious institutions including churches, synagogues, mosques, and temples. Rather, it focuses on the beliefs and values arising from all traditions as they come into contact with educational work in the public square.